Remembering the Life and Legacy of Frank Marcus, MD 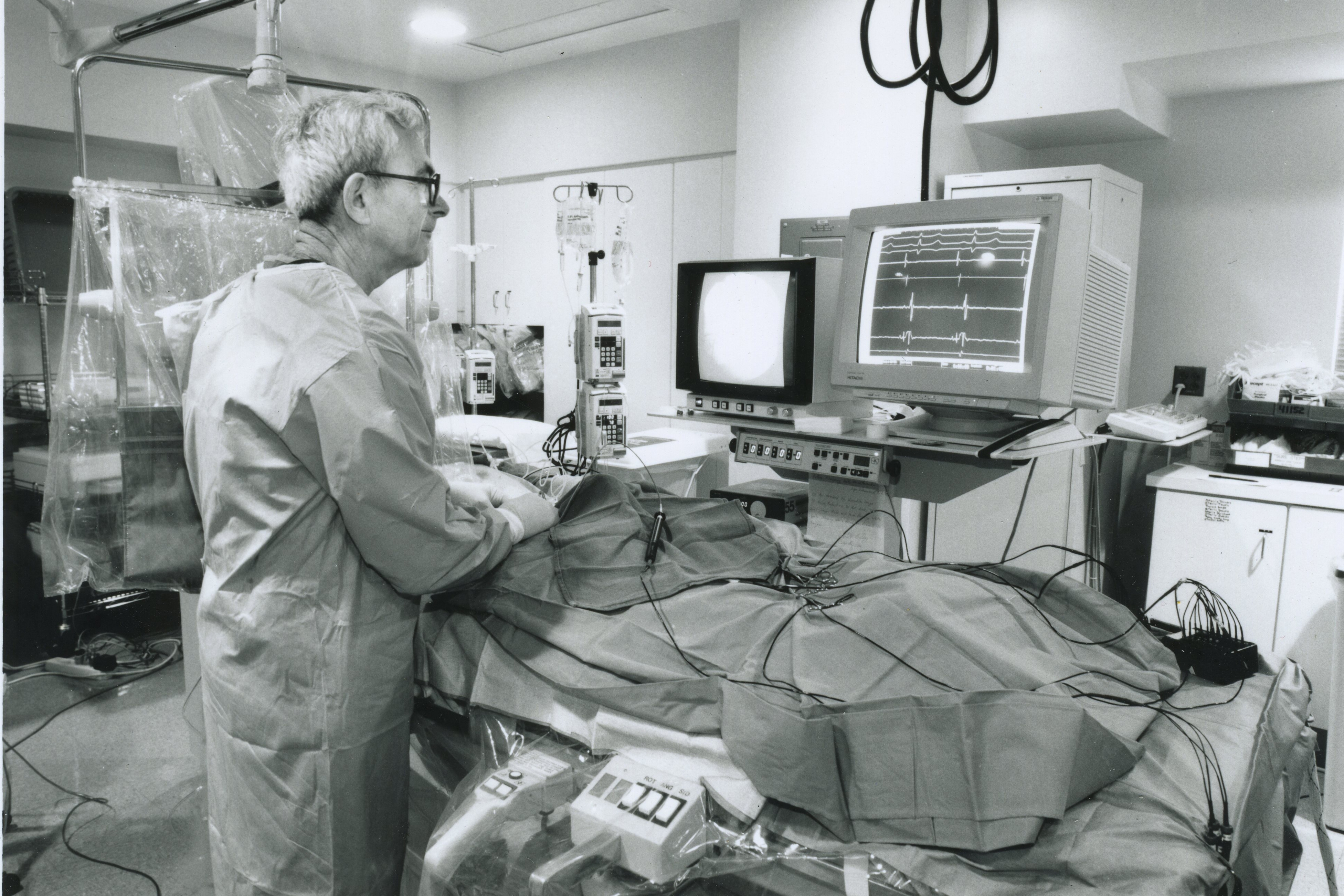 Dr. Marcus was born on March 23, 1928, in Haverstraw, New York, to Samuel and Edith Marcus. His hardworking immigrant parents spent much of their time and resources ensuring that he would achieve educational and professional success. Dr. Marcus took advantage of this opportunity and graduated from high school in 1944 at the age of 16.

In 1948, he received his undergraduate degree from Columbia University and applied to medical school — but was rejected. This was the future doctor’s first major obstacle. It was his determination and self-confidence that spurred Dr. Marcus, upon this initial rejection, to work in medical research. 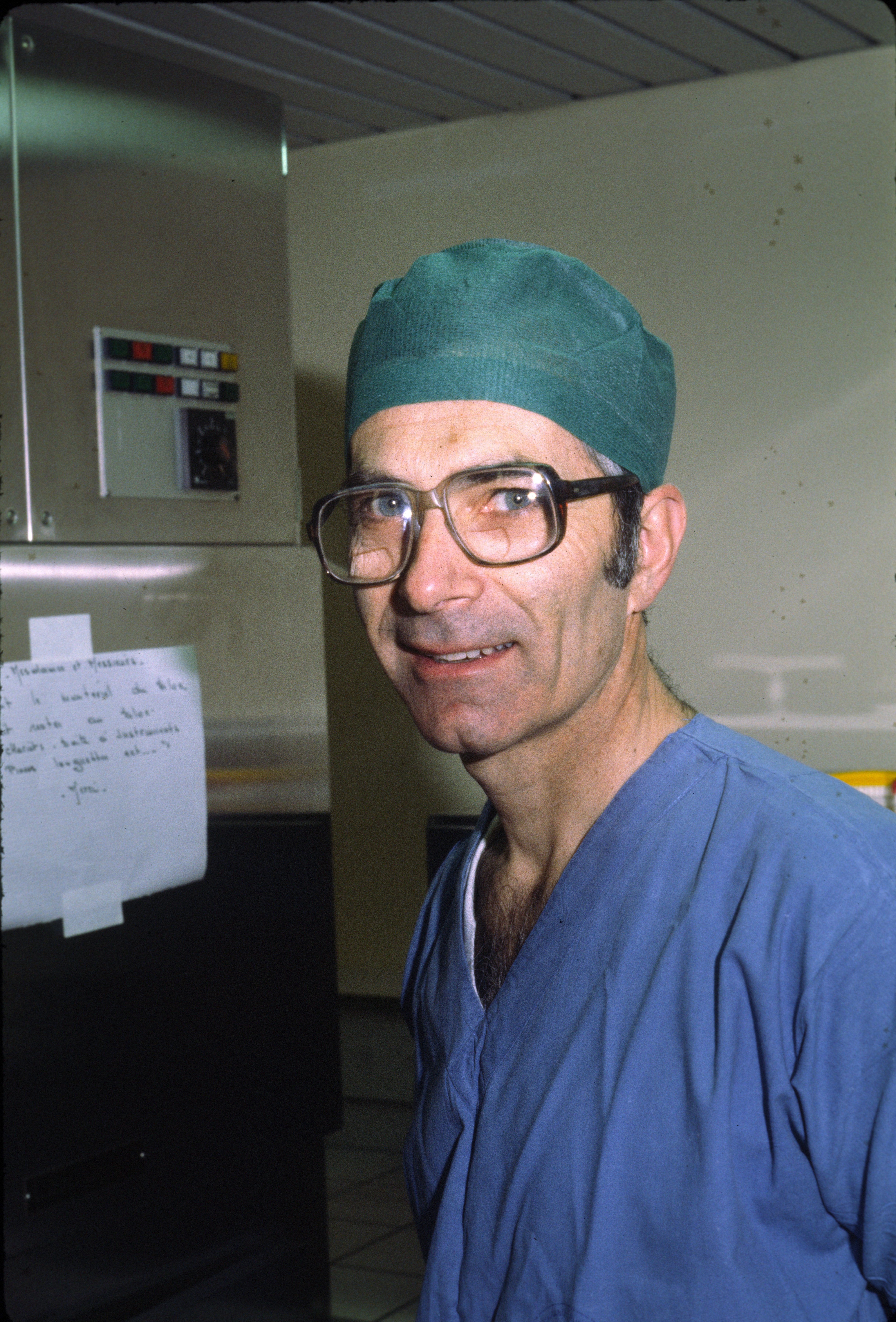 That year, he began a master’s program in physiology at Tufts University in Medford, Massachusetts, and he performed corticosteroid research at the Worcester Foundation for Experimental Sciences in Shrewsbury, Massachusetts. In 1949, Dr. Marcus was accepted into the Boston University School of Medicine. After graduating cum laude in 1953, he did his internship and residency at the Peter Bent Brigham Hospital in Boston in 1953-54 and 1956-57, then was a research fellow in cardiology there under the instruction of Drs. Samuel Levine and Bernard Lown. In 1958, he moved to Georgetown University Hospital in Washington, D.C., where he continued his cardiology training under the guidance of Dr. W. Proctor Harvey. After a year as chief medical resident at Georgetown University Hospital, he was appointed chief of cardiology at the Georgetown University Medical Service, D.C. General Hospital. He held this position from 1960 to 1968. During this time, he was promoted to associate professor of medicine at Georgetown University.

While at D.C. General, Dr. Marcus pursued various interests in cardiac research. Most notably, he and his colleagues published results on the metabolism of digitalis – a medication prescribed for some heart conditions – and other cardiac glycosides in normal subjects, patients with renal insufficiency, obese individuals, the elderly and patients who had undergone jejunoileo bypass, a surgical weight loss procedure performed during the 1950s through the 1970s that involved detaching and setting aside a portion of the small bowel.

In January 1969, Dr. Marcus joined the UArizona College of Medicine, which had opened in September 1967, as professor and chief of the Section of Cardiology, now the Division of Cardiology, in the Department of Medicine. In 1971, he was offered the position of chief of cardiology at the University of Arizona Teaching Hospital, now Banner – University Medical Center Tucson. From 1982 to 1999, Dr. Marcus was a UArizona Distinguished Professor of Medicine at the College of Medicine and was director of the hospital’s Arrhythmia Service until he retired as professor emeritus of medicine in 2000.

Dr. Marcus was founder and first president of the Arizona Chapter of the American College of Cardiology in 1987-88 and was president of the Association of University Cardiologists in 1990-91. Among his honors are the Outstanding Achievement Award of the European Cardiac Arrhythmia Society in 2011 and Pioneer in Cardiac Pacing and Electrophysiology Award of the Heart Rhythm Society in 2011.

In a tribute to the dedicated service of Dr. Marcus in 2015, Talal Moukabary, MD, clinical associate professor of medicine, asked him what makes him different from his colleagues. Dr. Marcus said with a smile, “stubbornness and self-confidence, a combination of those two. Everyone encounters adverse blockages in their career, and when I’ve encountered these, I’ve said I am going to continue.”

During his career, Dr. Marcus took two international sabbaticals, during which his research focus shifted from cardiovascular pharmacology to electrophysiology.

“I believe that a sabbatical is best served to try to change one’s orientation in research and also to get a different cultural approach,” Dr. Marcus stated in 2015. “I (thought that) I had been doing pharmacological research for many years and (it was) time to change my orientation and try something new.”

During his first sabbatical, in 1979 at Hospital Jean Rostand in Ivry, France, he was exposed for the first time to arrhythmogenic right ventricular cardiomyopathy, or ARVC, a genetic form of heart disease that causes the myocardium – the heart’s muscular wall – to break down, increasing the risk of arrhythmia, or abnormal heartbeats, and possibly sudden cardiac death. He spent his time researching ARVC and learning under professors Yves Grogogeat and Guy Fontaine how to perform direct current ablation of the heart to remove abnormal cells.

When he returned to Tucson, Dr. Marcus worked to improve the techniques he had learned in France by searching for a safer energy source for the ablation procedure, which carried a high risk of myocardial damage. After much research, he found that radiofrequency energy was a successful substitute for direct current energy.

Dr. Marcus attempted to get his groundbreaking findings published, but several journals were not interested. He also had difficulty obtaining public funding for the research, but this did not stop him; he continued his research on radiofrequency ablation with private funding. Finally, he published an abstract in the journal Circulation in 1985, followed by a well-received publication in the Journal of the American College of Cardiology in 1987.

Dr. Marcus took a six-month sabbatical in January 1994 with Dr. Michel Haissaguerre in Bordeaux, France, where he refined his ability to diagnose and treat supraventricular and ventricular arrhythmias, developing expertise in radiofrequency ablation of these arrhythmias.

Dr. Marcus then focused his attention on improving the diagnosis and treatment of ARVC.

“We have accomplished quite a bit in our right ventricular cardiomyopathy studies, which were funded by the NIH from 2001 to 2008. I think the most significant achievement was that we recognized that the criteria for diagnosis were not very accurate,” he stated in 2015. In 2013, the NIH awarded him another four-year grant to further ARVC/D research.

Since then, Dr. Marcus and his colleagues not only have revised the task-force criteria for the diagnosis of ARVC, but they helped to establish and expand an international registry for individuals diagnosed with the disease. Utilization of the ARVC registry has spearheaded studies to collect more information about ARVC and its progression, including information about the chromosomal loci, specific gene mutations and the genotype/phenotype associations linked with the disorder.

Over the years, Dr. Marcus has published more than 300 manuscripts, contributed more than 60 book chapters, served on the editorial boards of 19 journals and held an active position on more than 30 medical committees.

He also was selected to deliver the Spring 2015 Donald K. Buffmire Visiting Lectureship in Medicine, sponsored by the Flinn Foundation, in 2015. His presentation, “Quit Digging Your Grave With a Knife and Fork,” focused on his passion to prevent obesity to improve health outcomes overall.

Colleagues, students and staff recognize Dr. Marcus as a kind physician who was calm even under pressure. Nancy Ronan, a nurse who has worked alongside Dr. Marcus for many years, says that the only way she could tell that he was stressed was a slight cough that would surface every so often.

Dr. Marcus’s dedication to mentoring young physicians is evident by the amount of time he spent at the bedside teaching his fellows, covering all aspects of clinical practice, from detailed physical examinations to complex arrhythmias. His commitment to medical education also is evidenced by the Samuel and Edith Marcus Visiting Professor in Cardiology, which he and his siblings established in his parents’ names in 1997 to support yearly visiting professorships at the UArizona College of Medicine – Tucson. 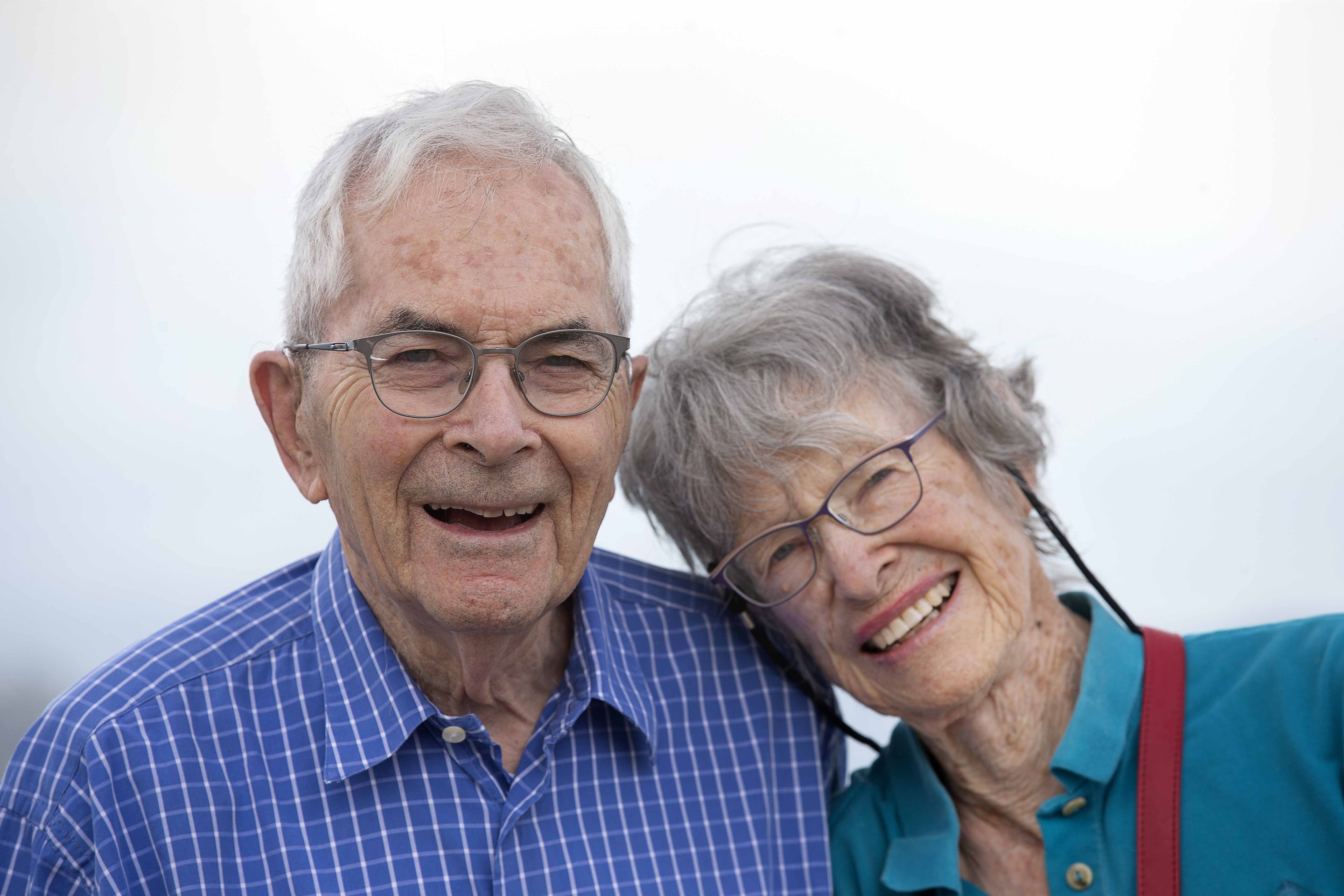