Heart failure disproportionately affects racial/ethnic minorities and women. Heart failure is a result of weakened heart muscle, usually caused by injury to the heart from a heart attack, high blood pressure, or abnormalities in a heart valve, for example. 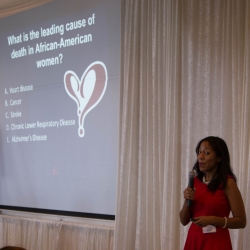 Heart failure has a high mortality rate. Approximately 50 percent of people will die from heart failure within 5 years of diagnosis. [1,4] Compared to men, women have a higher proportion of death attributed to heart failure. [1] Death rates from heart failure have declined with broader usage of evidence based treatments, but death rates are consistently higher among African-Americans than Causcasians or Hispanics. [5]

A multi-targeted approach may reduce racial/ethnic and sex disparities in heart failure.

Recognizing racial/ethnic and sex differences is the first step to overcome these disparities. It will take a concerted effort by patients, providers, and the health system to ensure equitable health care to all. So let’s bridge this gap together! 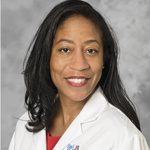